Which meat goat breed is best?
Canada is home to Boer, Kiko, Spanish, and Myotonic meat goats. Each meat goat producer will be able to tell you why they raise a specific breed, a combination of breeds, or cross breed of two or more breeds on their farm. However, what works well on one operation may not be ideal for all situations. While insight from experienced meat goat producers is invaluable, recent science has been investigating the profitability of different breeds of meat goats. 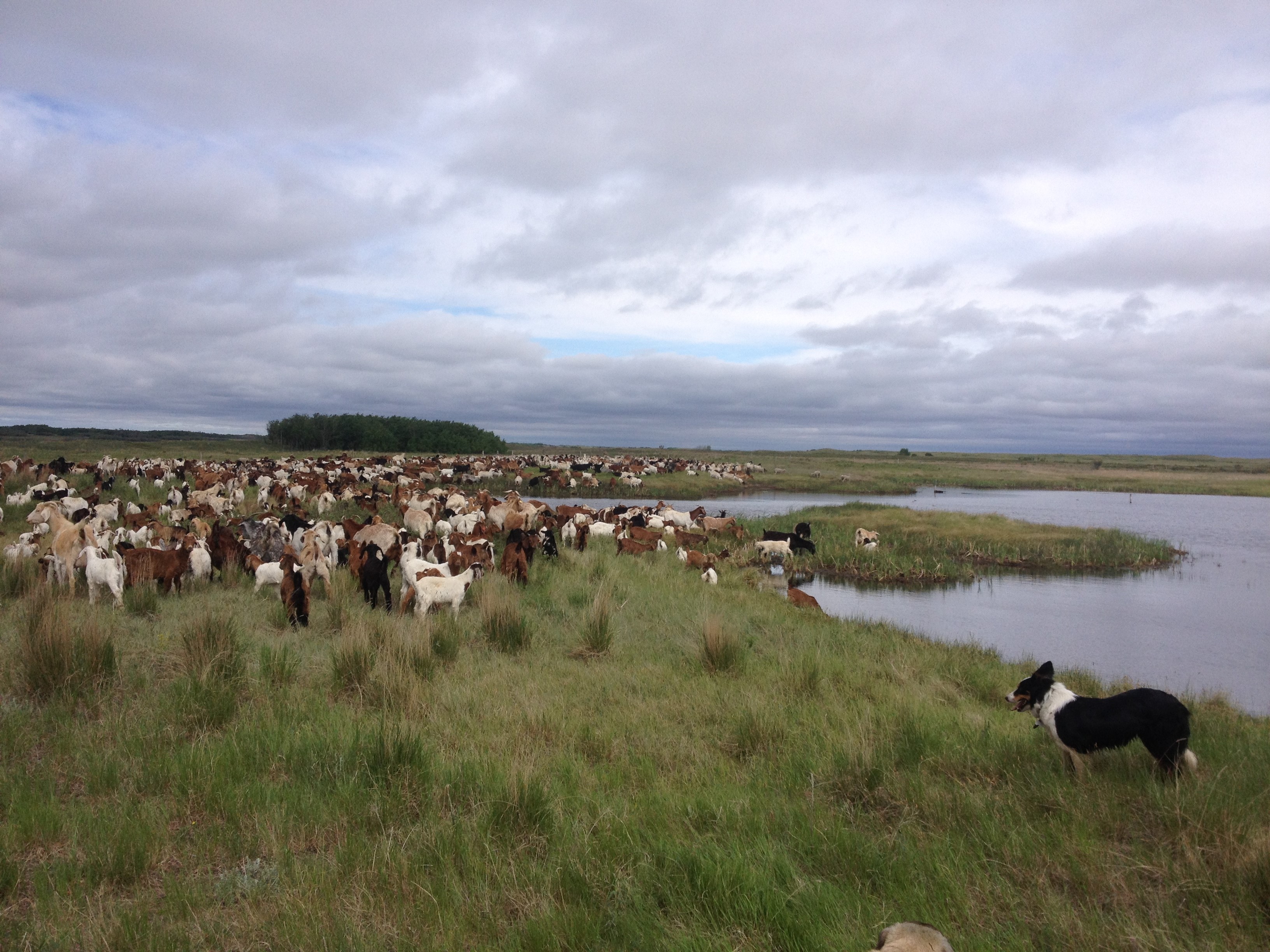 History of the breeds
Boer and Kiko goats were imported to the US and Canada in the 1990s. Meanwhile, Spanish goats have been in Southern North America since the 1500s and Myotonic goats were first noted in Tennessee in the late 1800s. Researchers hypothesized that goat breeds that have been in North America longer may be better adapted to the unique environmental conditions and husbandry practices.

Traits measured
This study focused on does, measuring their reproductive fitness and parasite burdens. Reproductive fitness is of extreme importance to meat goat producers, who are breeding goats to supply breeding stock and/or market goats. Producers want to raise a breed of goat that produces the most kids per breeding and mothers them well so they are healthy and heavy at weaning.

Parasites in goats a can cause weight loss and decreased productivity by causing subclinical disease (no visible symptoms), clinical disease (visible symptoms such as decreased feed intake, dull attitude, and diarrhea), reduced growth, and death. As parasites are found in all pastures, grazing goats are extremely likely to encounter parasites. Selecting meat goat breeds that are more resistant to parasite infections can help producers avoid this common source of lost productivity.

In this study, the specific measurements were: doe weight, packed cell volume, and parasite fecal egg count. Each was recorded at breeding, kidding, weaning, and post weaning. Packed cell volume (PCV) measures the level of red blood cells in a sample. A low PCV may indicate anemia which, in goats, is often caused by a high parasite burden. Parasite fecal egg count (FEC) measures the number and type of gastrointestinal parities in an animal. A lower FEC means there are less parasites present. Number of kids at birth and number that survived to weaning per doe was also recorded. 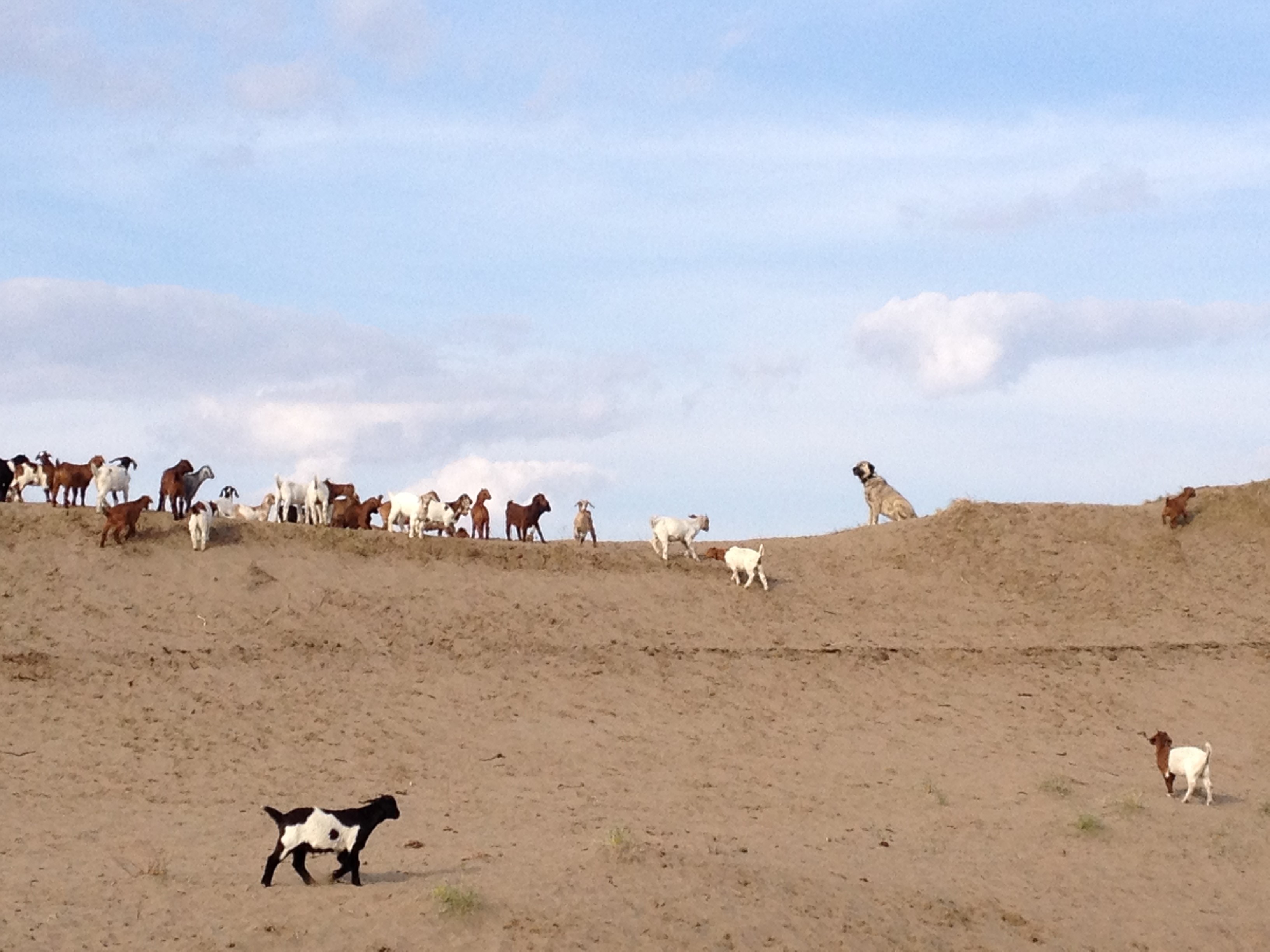 Results
Gastrointestinal parasite levels were impacted by doe breed, doe age, and stage of production. PCV decreased (indicating higher parasite loads) in older does. This makes sense, as older does have had more time to be exposed to parasites.

FEC was highest for Boer does and lowest for Myotonic does, with Kiko and Spanish does falling between Boer and Myotonic. This may support raising Boer does indoors, where parasite burden is more easily controlled, while other breeds may be more suitable to pasture-raising. Alternately, regular FEC and targeted deworming could enhance Boer productivity on pasture. Breeding pasture-raised Boers with more parasite resistant breeds may also be a solution to increase resistance to parasites. Research determining why Myotonic goats are most resistant and Boer goats are most sensitive could lead to genetic improvement strategies in the Boer breed and should be considered for future research.

In this study herd, all does tended to have the same litter size and wean the same number of kids, regardless of breed or age. Does (of all breeds) older than two years and younger than six had the best performance for reproduction and resistance to parasites when compared than younger or older goats.

Annual kidding rate, weaning rate, kid crop weaned, and retention rate (proportion of does avoiding death or culling and remaining in the herd at the end of the production year) were lowest for Boer does, intermediate for Myotonic does, and greatest for Kiko and Spanish does. This may mean that Kiko and Spanish does are best adapted to be raised in semi-intensive management in hot, humid environments with mild winters. Kiko and Spanish productivity in this study was more similar to Boer productivity at a higher nutritional level. Breeds other than Boers may be better suited to low input and variable conditions that often occur in pasture management systems. Research specific to Canada’s unique climate would be of great benefit to determine which, if any, breeds handle Ontario’s management systems, extremely cold winters, hot summers, and fluctuating temperatures best.

Summary
This study demonstrates that Spanish or Kiko or Myotonic breeds may be more suited to productivity in this management system and climate. This study does not consider the productivity of goats raised with more intensive management (such as indoor housing or year-round feed supplementation) and whether the increased input costs are returned by improved productivity and profitability.

It is important to note that this study evaluated very few factors. Birth weights and weaning weights were not evaluated, so a true value of a doe’s productivity cannot be made. Further, only reproductive success and fecal egg counts were measured. Many other health concerns can impact doe productivity and offspring success, such as contagious disease, hoof health, and udder health. A study with more detailed health and growth data may be of use to further illuminate the differences and similarities in meat goat breed productivity.

Remember that Canadian genetics are different than American genetics, and what traits producers breed for as well as which goats survive to breeding age could be drastically different in the two countries. This study is one of many that will be required to help understand how best to raise different breeds of meat goats to reach each breed’s full potential.

All livestock breeds have pros and cons and some are more suited to particular housing, management, climate, disease pressure, etc. It is unlikely that research will find that one meat goat breed is the best, but rather focus on identifying which breed thrives under each management style. This will help meat goat producers raise animals best suited to increasing profitability of their farm.